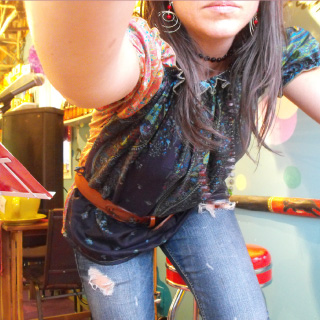 Lianne Cranfield has been singing since age 3 and has performed thousands of solo shows. She’s played in pubs and cafes, on big stages, at festivals and for large private events.

Lianne was nominated as the Entertainment Ambassador of her hometown, Hamilton, Ontario by the Hamilton Entertainment and Facilities Inc., who describes Lianne as “the quintessential crowd pleaser.”

Lianne has performed internationally to audiences of all sizes, most notably during an extended period of travel in New Zealand and Australia. Upon her return to Canada, she conducted research on music’s effects on the developing brain as a component of her Masters of Education.

She came to the Yukon in 2012 where she continued to write music and became a mother. During this time, Lianne launched a children’s music program called Musical Minds Yukon and developed a voice training program Find Your Voice.

Lianne is currently writing original music for her solo album set to be recorded in early 2020. She’s also the lead singer for the band Community Service, a collective from Whitehorse who played most recently at the Atlin Music Festival. She’s collaborating with a number of other Whitehorse groups, including Local Smoke.

Uplifting each other in times of strife, grief, celebration and joy is a great responsibility that I take very seriously. The healing effects of music have saved me many times over. It can shorten the gap between us; a universal language that cuts through all the bullshit. I will offer what I can. I will sing for you. ❤️